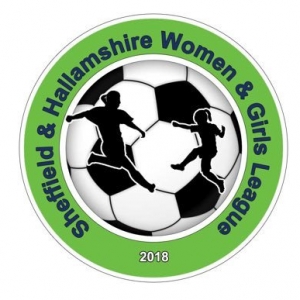 We are proud to have two teams representing the club this Saturday in the SHWGL Cup Finals, Our U11's play Barnsley Red at 11:15pm and our U15's play Handsworth at 11:30am. All this years finals are being held at The Stafflex Arena, Shelley FC, Storthes Hall, Huddersfield HD8 0WA. All welcome, car parking £3 includes programme.

Manager Michael Colton and coach Craig Benson are super proud of the way the girls have performed all season culminating in a great Cup run and their second Cup final in a row. The girls lost out to a penalty shoot out last year but will be hoping to go a step further this year.

This years cup journey started back in November with the qualifying group where our little superstars played three games against Millmoor, Eckington and Chesterfield winning all three without conceding a goal and therefore topping their group. They then moved on to the knockout stages in January with a comfortable 13-1 victory over Sheff Utd Red before moving onto the quarter final and a much tougher game against a strong Barnsley Blue team which ended in a 4-0 win for our girls. The toughest tie came at the semi-final stage when our girls were involved in a great game with Doncaster Belles in a repeat of last years Cup final, this time the Owls won the game 1-0 and that result set them up for this Saturdays Cup Final against formidable opposition in Barnsley FC Ladies Red. Barnsley reached the final after a bye in the first round and victories over Pogmoor and Bramley in the quarters and semi-final.

Manager Millie Kenyon was present at last seasons cup final as coach but this year has stepped up alongside James Moore to manage the girls. Ironically this years final is a repeat of last years final against Handsworth. Last time our girls ran out 2-1 winners and this years final should prove a belter too with the teams occupying the top two places in the league currently.

Our girls received a bye in the first round and the finished 7-1 winners over Club Doncaster in the 2nd round. It was a close game in the quarters when they beat Chesterfield 3-2 before moving on to the semi finals where a high scoring game finished with our girls winning 6-4 and a place in the final confirmed. Handsworth meanwhile reached the final by way of victories over Dronfield, Mexborough, Sheff Utd and Bawtry Juniors in the semi final.

Good luck to both teams, enjoy the day and your football. UTO! #oneteam