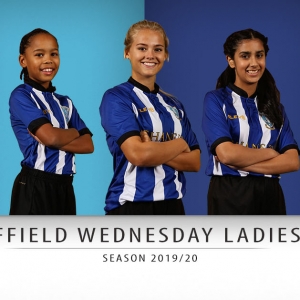 A massive weekend for the club with 9 games over the two days including a top of the table clash, 3 cup semi-finals, 3 Shield semi-finals and 2 league games.......

No games this week for our U10's and U13's but our U9's play Penistone Church and our U12's are away at Hillsborough Puma's in the league.

Three of our teams take part in the SHWGL cup semi-finals with our Reserves at home on Sunday where they play Millmoor Ladies 1st, the two teams have played each other twice so far this season with both teams winning one a piece so Sundays decider will see one or the other in the final.

Our U15's face Penistone Church and will be favourites to progress to the final with the teams having also played twice this season with the Owls winning both fixtures. The Cup is a different story so our girls will need to be at their best.

Finally our U11's who have been superb all season play Doncaster Belles in probably the toughest semi of the day. The two teams met in the final last year with the Belles winning on that occasion. All to play for in what should be a cracking game between two very good teams.

To complete the weekends fixtures we have three Shield semi-finals with our adult Development team also at home on Sunday at Bawtry road where they play host to Sheffield Utd Community Ladies. Our Development team, whilst clear at the top of Division two, will go into this game as underdogs with Sheff Utd playing their football in Division One. It will be a tough game but one in which our girls will be aiming to cause an upset.

Our U18's complete the line up of teams playing at Bawtry road this weekend when they play Doncaster Belles in their Semi-final, a repeat of last years Cup final where the Belles won the game to lift the trophy. The two teams played each other earlier in the season and our girls finished comfortable 8-0 winners but again as with all cup games its all about who turns up on the day.

Last but certainly not least our U16's travel to Worksop Town for their Shield Semi-final. The teams have met twice already this season in the league and have both won one game each so Saturdays game has the makings of a cracker.

Good luck to our teams and we hope all teams in the semi's have great games and enjoy their football. UTO! #oneteam