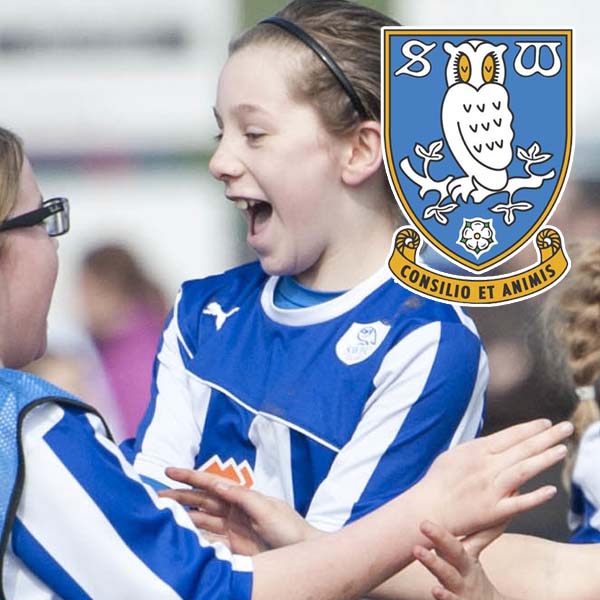 First weekend of the new season: Junior & Senior Round up.....

A full house of fixtures this weekend with all 8 of our junior and 3 senior teams in action.

Our U9's travelled to Dronfield, our U11's were away at Crosspool and our U10's hosted Penistone Church at Bawtry road. As you know we are not able to publish results or scorers but we can report that our U10's win the award for submitting the first team photo of the season.

Onto the games we can report and it was a mixed bag of results for the girls. Our U12's were away at AFC Norton Woodseats and led 2-1 at the break before going on to win 3-1 with goals from Sophie Goodwin (2) and Kelsey Spink-Robinson.

After being promoted to Division 1 last season our U13's had a tough opening day fixture against a strong Doncaster Belles team who were Div 1 champions last year. They lost out to a 7-1 result with Poppy Mellor scoring the consolation goal.

Our U15's hosted Crosspool and after being all square at 1-1 at the break the girls scored a further 2 goals with the game finishing 3-2 to the Owls. Scorers Lily-May Beevers and Madison Wilson (2) a great result bearing in mind the team still don't have a regular goal keeper in the squad with the girls taking it in turns to go in goal.

The U16's travelled to Wakefield Trinity girls who are newcomers to the SHWGL this season. A cracking game by all accounts with a final score of 2-2 and a well earned point away from home for our depleted squad. (scorers not known at this time)

Last but not least our U18's manager Lee South reports....
"Our pre season has been tough and at times looked like we might not make the start of the season. No friendlies, limited opportunities to get everyone together, players injured and suspended wasn’t the best preparation. Considering all that, to be edged out today 4-3 from a very good Sheffield FC team is really some achievement. Could have been event better too with us leading on 3 separate occasions. Some great goals from both sides too and a great game to be part of" Scorers, Courtney Caunt (2) & Abbie South.

A slow start for the ladies with Harrogate starting the stronger and scoring twice on 6 and 22 minutes. It was half n hour before our lot woke up with Liv Murray having a shot saved on 29 minutes, Jess Morrison through on goal in the 31st minute but putting her shot wide. it was Jess who scored our first on 37 minutes slotting the ball past the keeper and then Demi West was brought on as a sub and after being out of football and having little baby Ella less than 6 weeks ago scored with her very first touch after great work out wide from Emily Higgins and the ball passed to Demi on the edge of the box. Keeper Michelle Stephens pulled off a great save pushing the ball round the post to keep the score level and 2-2 at half time.

The Owls dominated the second half with Sophie Eyre missing a penalty, having a header cleared off the line and a goal chalked off for offside after a great effort from Jodie Stancill. Emily Higgins unlucky not to have two goals and Jess also rounding the keeper but putting wide. The game was finally put to bed and all 3 points claimed when a great ball from Molly Corke set up Jess to slot past the keeper for 3-2 full time.

Manager Dave Higgins: A poor first half n hour where we were fast asleep, but great recovery and the girls dominated the 2nd half and could've won by another 3 or 4 goals.

Manager Kyle Wright reports.....
A real game of two halves for us.
The first half went perfectly, could not have gone better against strong opposition. Played some great football, and got the important first goal after Michaela played a great pass in behind the defence for Olivia to race onto and finish brilliantly. They never really threatened us except when they beat our offside line but Brooke was positioned brilliantly to help the back line out.

The second half started, and right from the off, we looked a different team, passes weren’t finding their way, not as man chances were created, second to a lot of lose balls, laura having to be called into action a lot more in goal, specifically one chance where she made a superb save. The three goals we conceded, one a penalty, one we switched off from a corner and didn’t prevent the short corner which they scored from, and then a well taken 1on1 goal.

A good learning curve for the very young team we do have, with only 4 of today’s squad of 14 over 20 years old. Lots of positives though to take out of it and build on and have no doubt we’ll come back stronger

Manager Gary Awdas reports.....
Unfortunately the score doesn't tell the story, very impressed with or football moving the ball around well and going 3-1 up with in the first 11 mins but by half time it was 3-3 with a questionable penalty and bit of a mistake from us but we still felt confident of the win.
In the second half it was end to end right up to the 65/70 min mark with the score at 5-5, by this time injuries and tired legs and the long ball from Worsborough caught us out 4 times .
Very proud how we kept trying to play football and well done to Millie Simms our U18s striker co-signed for us scoring 4 in her first senior League game, both her and Halima Essa deserved the MOM.

Well done everyone on a great opening day with positives to be taken from all of the games despite the results.
UTO! #oneteam